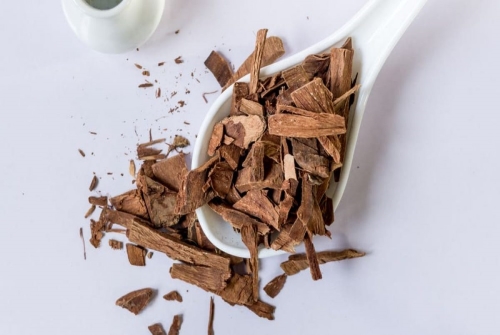 Arjuna is a potential cardio protective agent belonging to the Combretaceae family. It is an ayurvedic remedy that has been mentioned since vedic period in many ancient Indian medicinal texts including Charaka Samhita, Sushruta Samhita, and Astang Hridayam. It was Vagabhatta who, for the first time, advocated the use of stem bark powder in heart ailments

Terminalia  arjuna, commonly known as arjuna, belongs to the family of Combretaceae. Its bark decoction is being used in the Indian subcontinent for anginal pain, hypertension, congestive heart failure, and dyslipidemia, based on the observations of ancient physicians for centuries. The utility of arjuna in various cardiovascular diseases needs to be studied further. Therefore, the present review is an effort to give a detailed survey of the literature summarizing the experimental and clinical studies pertinent to arjuna in cardiovascular disorders, which were particularly performed during the last decade.

Ayurveda understands of arjuna’s qualities matches beautifully with the way in which arjuna supports the physiology.

Arjuna is said to have a cooling virya (action), an astringent, bitter, and slightly pungent rasa (taste), and a pungent vipaka (post-digestive effect).

Looking at its benefits, it may be no surprise to learn that Ayurveda considers arjuna to be tridoshic. It is especially balancing to both pitta and kapha, and it can provoke vata if used in excess.

Arjuna also works in a number of dhatus, or tissue layers, including rasa (plasma), rakta (blood), asthi (bone), and shukra (reproductive), as well as two srotas, or channels—the circulatory and reproductive channels.

The Benefits of Arjuna:

Arjuna is a fantastic plant for heart health and cardio protection. It is effective at preventing ischemia damage to the heart muscle, strengthening the cardiac muscles, and enhancing coronary artery blood flow. The most popular heart tonic is an Arjuna decoction made with milk.

Arjuna bark may be able to reduce blood pressure. It aids in dilating and relaxing the blood vessels, which helps to keep blood pressure within a normal range.

Arjuna’s potent anti-inflammatory and antioxidant qualities protect the body from the damaging effects of pollutants. Arjuna is a powerful herb that helps to slow down ageing. It can also reduce chronic inflammation and improve general health and wellbeing.

The Arjuna tree contains a variety of plant chemicals, including tannins, saponins, and flavonoids, which aid in the metabolism of glucose

Arjuna is an excellent substance for healing wounds; the tannins it contains aid to shrink sores. By accelerating the turnover of collagen formation, it speeds up the healing of the wounds. The bark is traditionally crushed into a paste and administered to the wound to hasten healing.

Arjuna is also endowed in a variety of other substances, including arjungenin, arjunolic acid, polyphenols, and gallates, as well as several essential minerals for the health of our hearts, like potassium. Its cardio-tonic characteristics, which aid in heart muscle strengthening, are extremely thoroughly documented and clarified in the age-old science of Ayurveda.